This Octet was founded by Beglian bassplayer Kobe Boon. Starting from Boon's compositions, Astrid Creve, Roos Denayer & Marta del Grandi (voice), Benjamin Hermans & Ambroos De Schepper (reeds), Artan Buleshkaj (guitar) and Simon Raman (drums) create a very personal atmosfeer, timbre & energy, a mòs sound. The colour of the female voice, the blend with the reeds & atypical use of this sound is one of the key elements of their sound.

Their debute Limbs was released in winter 2019. It brings a mix of Eastern European choir, groovy krautpop & saxophone madness.

The second album Behind the Marble (W.E.R.F. records, Februari 2022) is an ode to imagination and the power of phantasy, but also: a feast of grasped opportunities. mòs ensemble plays music that dares to be voluptuous, takes risks, aims for finales that will explode on stages, and subsequently uncover sidetracks. Genres don’t matter anymore. This music is colorful and expressive, spurred on by a beating heart, at the same time triggered from a central organism that combines emotions, colors, textures and lust poetry like a clenched fist.

The most fascinating music does not only offer something recognisable, but also opens new doors. That is exactly what happens here. Behind the Marble is a courageous next step, a generous immersion and an open invitation. So, jump! 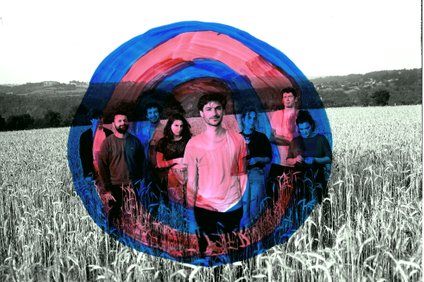